On Third Anniversary of Rebuilding Ireland, Simon Communities Call for Government to Commit to a Major Public Housing Programme to Address the Homelessness Crisis

On the week of the third anniversary of Rebuilding Ireland’s launch, the Simon Communities in Ireland have called on Government to commit to a major roll-out of affordable cost rental[i] accommodation and increase allocation of social housing to those in long-term homelessness[ii] to tackle the homelessness and housing crisis.

A 57% increase in homelessness since Rebuilding Ireland’s launch, from 6,525 people in July 2016 to 10,253 in May 2019, means that one-in-fourteen adults on the Local Authority Housing Lists nationally are now in emergency homeless accommodation[iii]. The Simon Communities said that these figures show that the State must now plan for the provision of 20,000 affordable cost rental homes over the next five years to alleviate a critical lack of affordable accommodation. The homelessness and housing organisation said that they are particularly concerned at the 66% increase[iv] in long-term adult homelessness since 2016 and that urgent action must also be taken to address this.

Wayne Stanley, National Spokesperson for the Simon Communities, said that the Simon Communities have taken stock of the successes and limitations of Rebuilding Ireland and we believe that the State now needs to go beyond the targets set out and provide affordable, cost rental housing at scale. In addition, social housing resources need to be employed to address the growing issue of long-term homelessness.

“Dealing with this crisis requires two clear actions from the State that recognise the sea-change that is needed in public housing provision. Firstly, it is now so clear that the State must begin planning for the provision of an additional 20,000 affordable cost rental homes around the country over the next five years. We acknowledge the progress in this area including the setting up of the Land Development Agency, the engagement with the European Investment Bank and development of pilot schemes. It is now imperative that we move forward with implementation at the scale required across the country. Let’s see the government identify the sites, set the targets by year end and meet them.”

“Secondly, we need to see executive action to prioritise the growing number of those on our housing list experiencing long term homelessness. A very conservative estimate is that one-in-fourteen adults currently on Local Authority housing lists are in emergency homeless accommodation. One of the most successful initiatives of the previous Fine Gael-led government was the introduction of a targeted short-term 50% allocation of social housing to those on the social housing list who had been in homelessness for more than six months. It is time for this action again.”

“These initiatives would make a huge difference to the lives of those in emergency accommodation and on social housing lists. Given the growing cost of the Housing Assistance Payment, it is also the fiscally prudent thing for Government to do. There is a realistic and sensible way forward to move this crisis on. We must push on now.”

The Simon Communities support over 13,000 men, women and children. We have 50 years of experience providing homeless, housing and treatment services to people facing the trauma and stress of homelessness. We are a network of independent Communities based in Cork, Dublin, Dundalk, Galway, the Midlands, the Mid West, the North West and the South East, responding to local needs and supported by a National Office in the areas of policy, research, communications and best practice. We share common values and ethos in tackling homelessness and, informed by our grassroots services, we campaign for more effective policies and legislation regionally, nationally and at European level. Whatever the issue, Simon’s door is always open for as long as we are needed. For more information, please visit www.simon.ie.

[i] Cost rental refers to affordable, high-quality rental accommodation, provided by Approved Housing Bodies or Local Authorities. It is called ‘cost rental’ because the rent is set at a rate that covers the cost of financing construction and ongoing maintenance of the accommodation. A rent support can be provided to those who do not have the means to meet the cost.

[ii] Government policy defines long-term homelessness as more than six months in homelessness. In this instance we have limited the calculation to a comparison of those reported in each region as being continuously in homeless emergency accommodation for at least 6 consecutive months at the end Q4 2016 compared with the same group in the latest published data Q4 2018. NB: This comparison is indicative so the totals are not the definitive number of people who are long-term homeless in Ireland as some people disengage from service for a period. As an example in the Q4 2018 data an additional 241 people would be added in the Dublin region if we used the broader definition.

[iii] See Table 1 in attached PDF. The last Summary of Social Housing Needs figures were produced by the Housing Agency in 2018 showing 71,858 on housing lists – a fall of more than 16% on the previous year. Figures provided by the Housing Agency show there were 95,619 adults in these households. As of May 2019, there were 6,504 adults reported by the Department of Housing as being in homeless emergency accommodation. This represents 7% of all those on social housing waiting lists, or 1-in-14. This figure can only be seen as an estimate as it is to be noted that the housing list is a live record of those on housing list with some 14,000 households a year entering onto the list. In recent years, significantly more have come off the list as increased employment has moved households beyond the means test that is applied, and many household have moved onto transfer lists as they are availing of HAP payments. It can be anticipated that the 2019 Housing Need Assessment will see a further fall in the number of households on the list. Also not included are those adults in ‘own door’ homeless accommodation removed from the numbers in 2018 who local authorities still deem to be experiencing homelessness. 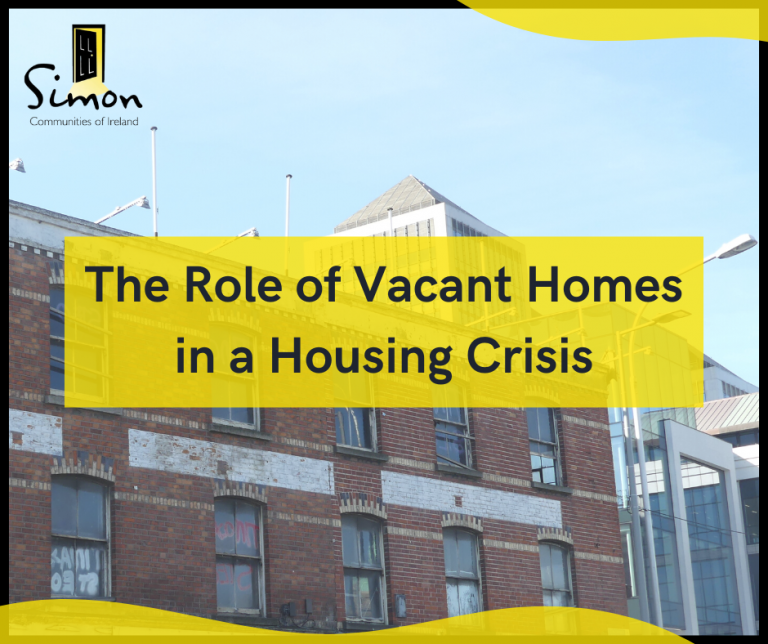 The Role of Vacant Homes in a Housing Crisis

This month’s blog examines how the 167,000 vacant homes in Ireland could be utilised 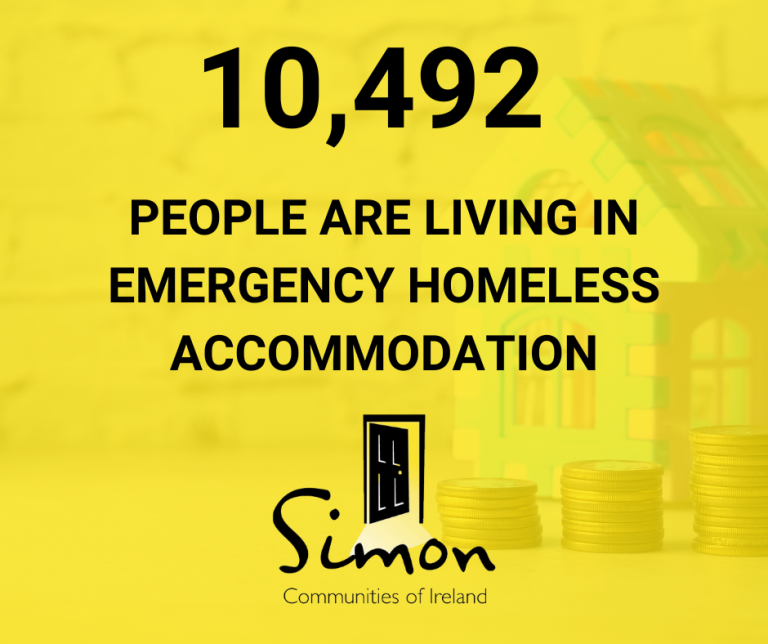 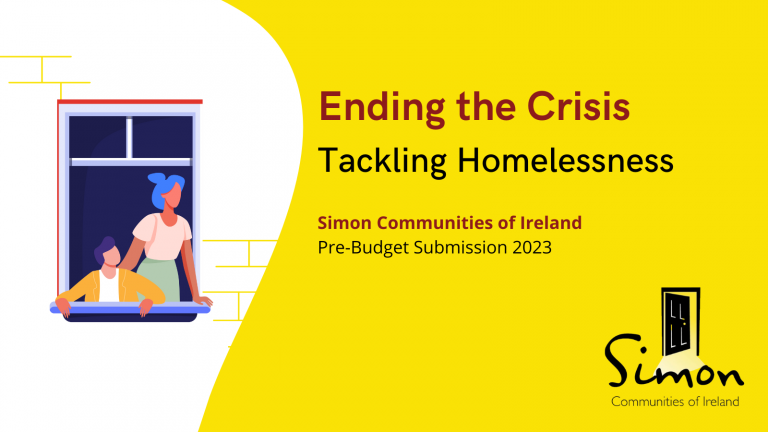