Press Release: Locked Out of the Market, December 2022

Locked Out of the Market Full Report
Locked Out Executive Summary

The Simon Communities of Ireland’s quarterly Locked Out of the Market report, from December 2022, shows just 41 HAP properties were available to rent by people reliant on the Housing Assistance Payment (HAP) Scheme. This is a 17% increase from the 35 available in September 2022. 40 of these fell within discretionary HAP limits only and only one property was available to rent under a standard HAP rate. This was a one-bedroom property in Kildare suitable for singles or couples. 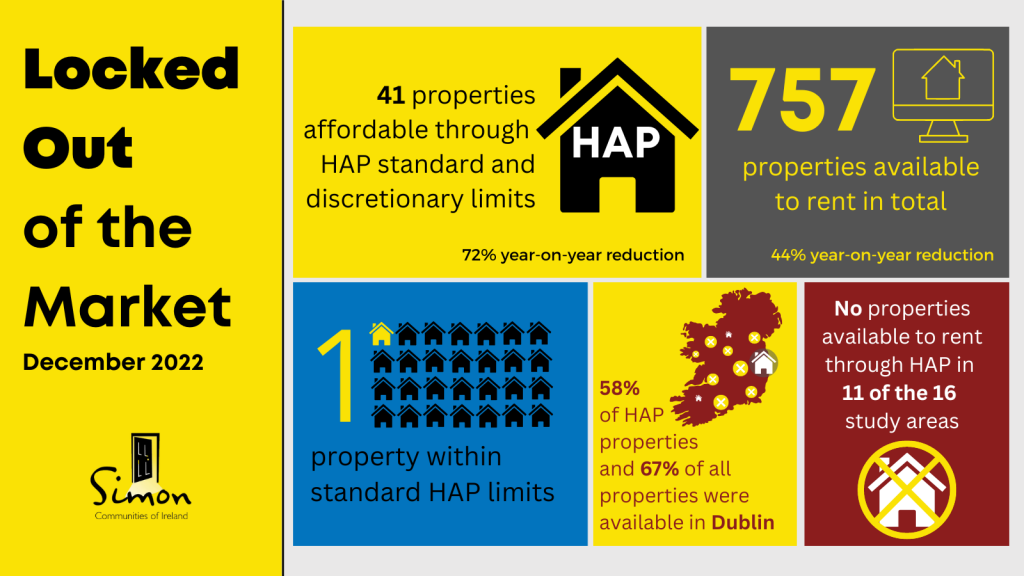 As seen in many recent Locked Out of the Market reports, the properties within HAP limits were predominantly available in Dublin. 24 (58.5%) were found in the three Dublin areas examined (Dublin City Centre, Dublin City North and Dublin City South). In Dublin, the discretionary rate allows up to an additional 50% on the standard rate; this is 35% elsewhere in the country. 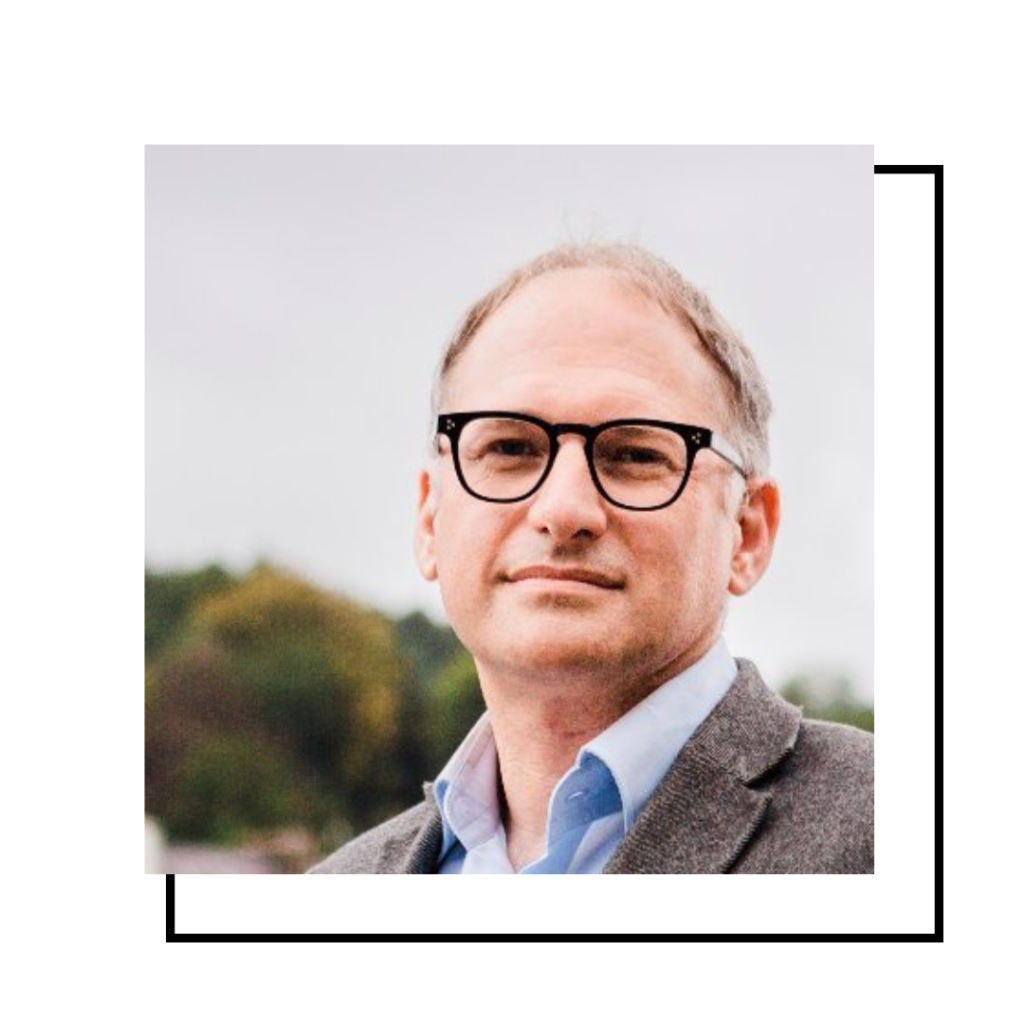 “Our most recent report sees a small increase in the number of properties available for those on HAP. There were 35 in the last report and now 41. While any improvement in the context of the current crisis is welcome, it is sadly not possible to call this an improving situation. The frontline experience of the Simon Communities working across Ireland, supporting people to move on from homelessness, reflects this.

41 properties available in the context of 11,542 people seeking to exit homelessness is a chronic situation that requires an emergency response.

Illustrating this is a recent report from Dublin Region Homeless Executive (DRHE) which found that in October, only six families and nine single people exited homelessness into a HAP property; the lowest figure seen in around five years. Our Locked Out report found just 24 properties affordable through HAP in the Dublin areas examined. We need affordable housing options and policies that will help people exit homelessness.

The Government has taken the important and welcome step of bringing in the moratorium on evictions. Actions taken while this moratorium is in place will go a long way and what we need to see is momentum on the provision of secure affordable accommodation to those in homelessness throughout 2023.

In the short term, we need to look at the allocation of current local authority housing. If we are to ensure secure affordable homes are in place to address the homelessness crisis, we need to see the full potential in modular build, in vacancy and dealing with dereliction delivered on and brought into the public housing system.

Locked Out of the Market Full Report
Locked Out Executive Summary 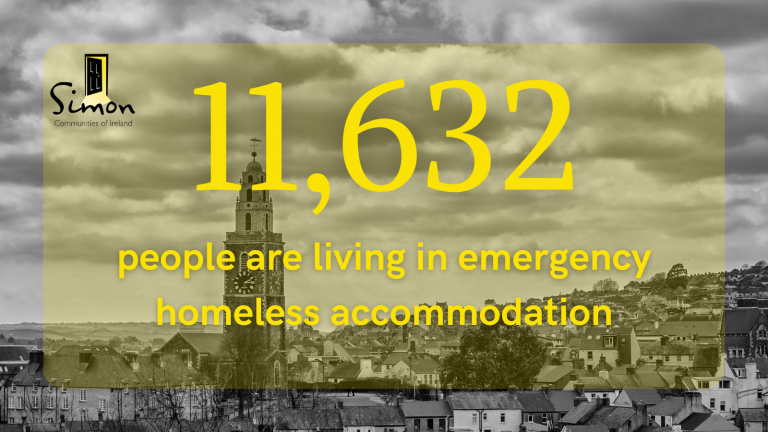 Homeless Figures Press Release: 11,632 in homelessness at the end of December 2022; another record breaking figure – Simon Communities of Ireland 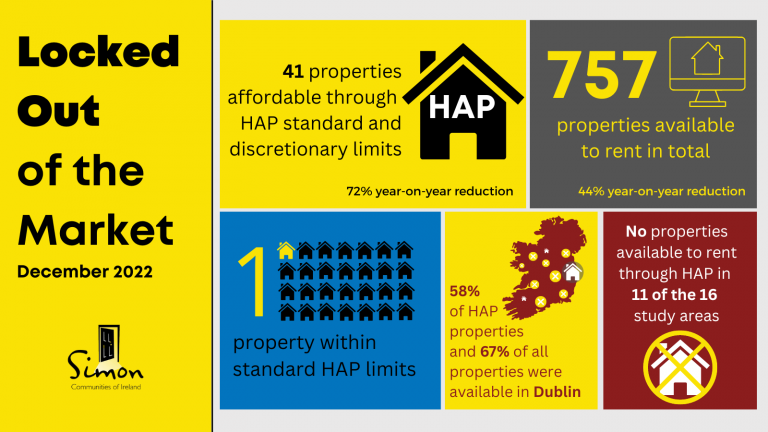 Press Release: Locked Out of the Market, December 2022 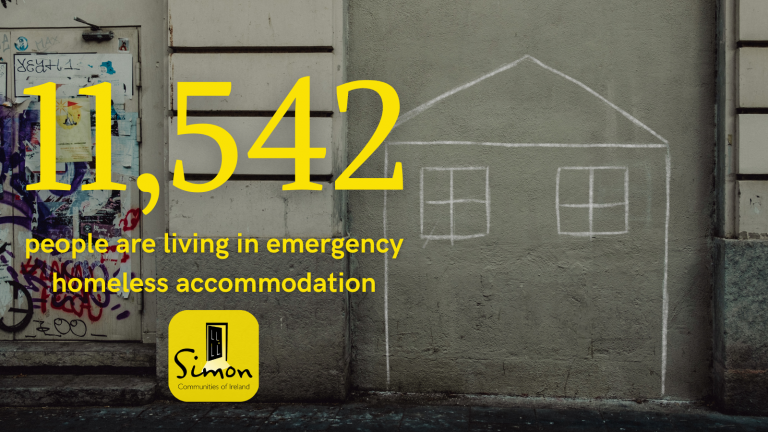